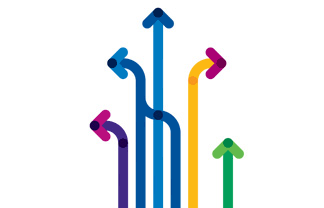 I want to write here about looking at our own stuff. But first, a story.

As a student in the inaugural Women’s Studies course at my university, I could hardly wait for classes to begin. A group of professors and grad students had dedicated years to lobbying for a Women’s Studies program; this course was the first to be approved by the administration.

During the opening lecture in the overflowing auditorium, we learned how hard the group had worked to make the course truly different. The syllabus consisted entirely of works written by women. Authority would be decentralized: Our study groups would be headed by a cooperative panel of three teaching assistants, not just one. Our written work would be read and critiqued by the three TAs, who would collectively agree on the grade.

I felt like I was not just witnessing history, but actually participating in real societal change. For our first assignment, we were asked to write about why we had chosen to enroll in the course, and what we hoped to gain from it. Our responses, we were told, would help shape the entire program.

I took the instructors at their word. My essay expressed enthusiasm for the course, and then asked a question: Why was every reading on the syllabus written by a white woman? I had hoped to learn about global efforts toward justice for women, but not only were the writers exclusively white, they were almost all American (Virginia Woolf and Simone de Beauvoir the exceptions). And I wrote—respectfully, I thought—that perhaps it would have been more accurate to title the course “Western Women’s Studies.”

I was totally unprepared for the responses from the TAs, all of whom were white. From two of them, my essay received the following comments: Did I not realize how hard they had worked on the syllabus, how difficult it had been to choose the best and most relevant readings? Did I not understand that at this crucial juncture, criticism of the course could be detrimental to the program? Did I not perceive the importance of a united front in the fight against male injustice?

The third TA was more understanding. Her comments began, “We need voices like yours in the women’s movement,” which was heartening. But that was followed by something about “trusting the process,” and the need for patience.

It was 1981. Today, 37 years later, I can still feel the sting of those remarks, as keen as a slap to my face. Those TAs believed passionately in the fight for women’s rights. I had so badly wanted the entire experience of a course created by such women to be revolutionary. Instead, by shutting out entire groups of voices, they were replicating the mistakes of the men before them.

And the worst part was that they were unaware of doing so.

The basis for the question I asked in my essay has a name now: intersectionality. Thirty-seven years is almost two generations, and I am still asking the same question.

I am grateful for the opportunities and inspiration #kidlitwomen has provided this month. But I confess to dismay at evidence of a collective consciousness that, with a few notable exceptions, continues to neglect intersectionality, thereby imperiling us to repeat the errors of the past. Heightened awareness of gender inequity without intersectionality perpetuates the current whack-a-mole approach in all its short-term inefficiency, rather than bringing about true enduring change in the status quo.

Looking at our own stuff. It’s always difficult. Each one of us needs to confront how we have internalized the acceptance of injustice in its many forms, including racism and sexism, due to the dominant culture of inequity. (And yes, that statement applies to everyone, not just white people.)

For more than ten years, I did countless author presentations at elementary schools, mostly K-5. In 2013, as a result of publishing a middle-school book, I began to get requests to visit 6-8 and 6-9 schools.

That took some getting used to: Middle-school kids are a different species from their younger siblings. While still in the midst of this transition, I was booked to do a presentation to a large audience of middle-schoolers who were almost all African-American.

Students from three schools were being bussed to the presentation. The venue was less than ideal, a gloomy basement room with terrible acoustics. When I walked in and saw all those students, I panicked a little. I had spoken many times at elementary schools serving mostly students of color, but these kids were in middle school. I started to doubt myself—to worry about whether my presentation would speak to them. I wondered if I should alter my usual talk.

One of the busses was late, so rather than having everyone sit around waiting, the organizer suggested that I sign books for the students who were already there. I sat at a table, and the students lined up with their books.

I spoke to every student. Some were friendly, others shy. They all smiled and thanked me.

By the time the signing was finished, the doubt had vanished. Why had I panicked? Because they were middle-schoolers? Or because they were mostly black? Now I thank the stars for the late bus: The time I got to spend with those students, more than a hundred of them, was a critical learning moment for me. I realized that my anxiety might possibly have been based on racist assumptions, which the students broke down without knowing they were doing so.

To avoid becoming that which we are trying to escape requires that we approach problems from an entirely different universe of thought. With humility in place of certainty. Respect instead of dismissiveness. Self-awareness rather than blame. We need to question the assumptions that go into our choices and preferences. Most importantly, we must work relentlessly to make intersectional thought a habit.

It can feel overwhelming, so here’s a place to start: our bookshelves. Beyond the economic implications of supporting marginalized writers with our dollars, creators of children’s literature have another important incentive for examining our choices. As writers, what we read goes into our work on many levels, including the subconscious. The books we read matter to the children we write for.

We can take the time to reflect on the books we read and buy, and like or dislike. Viewed in terms of shelf space: Why are the books I own written–in such staggering proportion–by white authors? If I shelve my “funny” books together, do I find that they’re mostly created by men? The books authored by POC that I’ve purchased—are they all written by the “big” names?

Then we need to spend time with books that deconstruct those assumptions.

From November 2016 until the end of 2017, I made the decision to read and buy almost exclusively books by marginalized women. Not that I hadn’t before—I just made it a more conscious choice. What an amazing year of reading. Stories by women of color, gay women, trans women, women with disabilities, neurodiverse women, women of multiple marginalized groups–stories that have enlarged and enriched my wonder at the spirit of humanity.

We’re not just trying to change children’s books. We’re trying to change the world—which is incredibly hard work. But it always begins the same way: By looking at our own stuff, and changing the choices we make every day.

(With thanks to–among many others–Anna Dobbin, Tracey Baptiste, Meg Medina, Jackie Woodson, and Leah Henderson, with the acknowledgment that they might not agree with everything I have written here.)