In 2017, Ashley Bryan won a Newbery Honor for his book FREEDOM OVER ME. At the time, he was 93 years old. I have known and loved him long enough that I cannot remember where or when we met.

Ashley accepted that Newbery Honor (and the Coretta Scott King Author Honor award as well) at the ALA conference in June of 2017. I wanted to give him a small token of appreciation and celebration, so I knitted him a hat. The pattern uses a simple cable design that looks like owls: 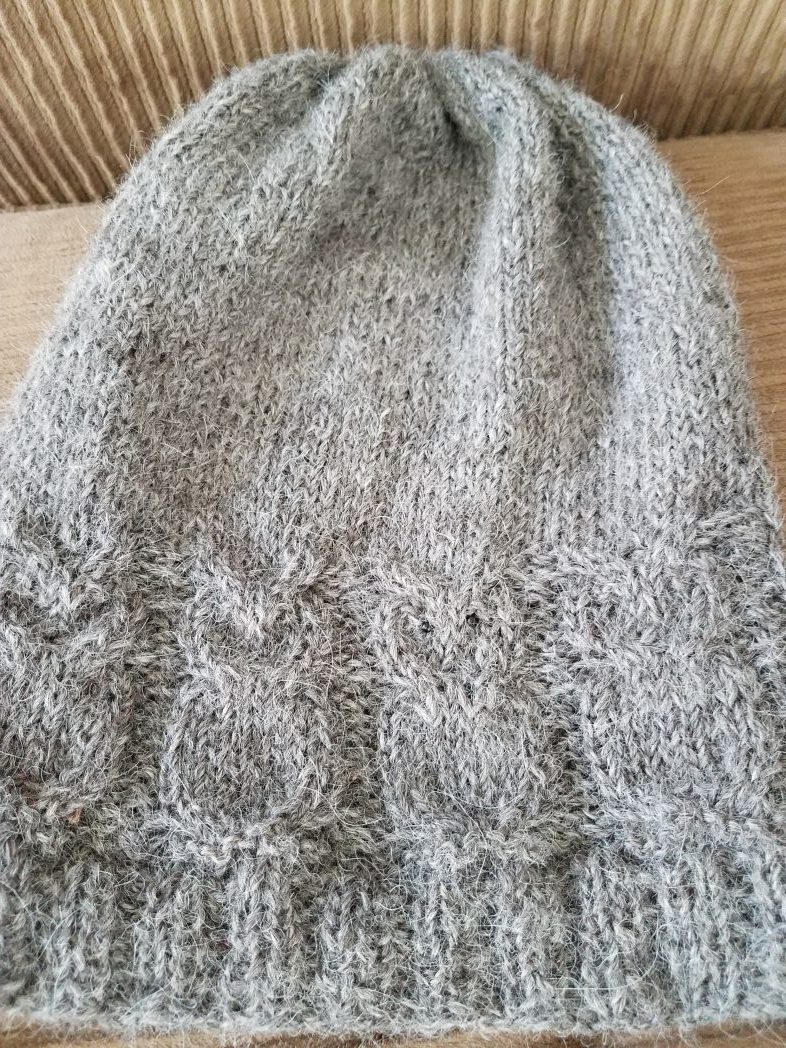 Can you see them? I added embroidered eyes to three of the owls. (One is sleepy.) 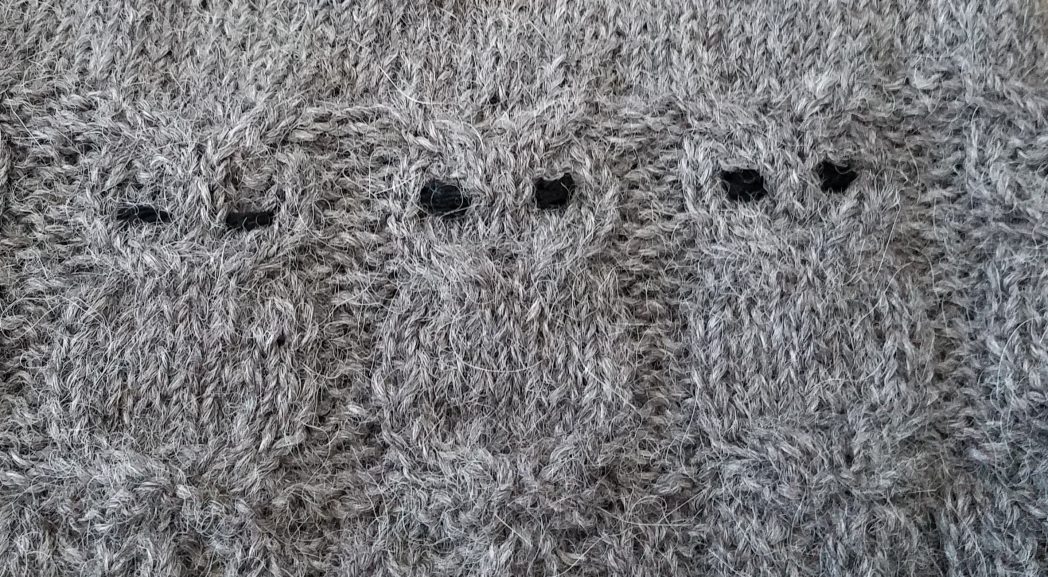 And this is how the hat came out:

Throughout ALA, Ashley was positively SWAMPED with admirers and well-wishers. I said a quick hello to him, but I didn’t want to add to the crush. So I gave the gift bag containing the hat to his editor, Caitlyn Dlouhy, and asked her to give it to Ashley. In the end, though, I was never quite certain that he received it.

Ashley is now 95, and I got to see him last month–the first time I had seen him since that ALA. (Huge thanks to Sarah Corson and Ashley’s family for helping to arrange the meeting.) During our visit, I casually asked him if he had ever gotten the hat.

He looked stricken. “I don’t know,” he confessed. “I’m going to look for it when I get home.” (Our meeting took place in Houston, where Ashley was staying with family. The rest of the year, he lives on an island off the coast of Maine.) I felt terrible about asking, because it was clear that he was dismayed by the question.

But we went on to much more pleasant conversation; I got to see the F&Gs for his next book, BLOOMING BENEATH THE SUN (April 2019), with remarkable cut-paper collage illustrations. “I think it’s the strongest collage work I’ve ever done,” Ashley told me.

Which left me breathless. Imagine doing your strongest work ever at age 95….

A little while later, we got ready to go out to lunch. Ashley put on his parka, then pulled a hat from the pocket and began to put it on.

Hard to say which of us was more delighted. And here he is, wearing the hat. 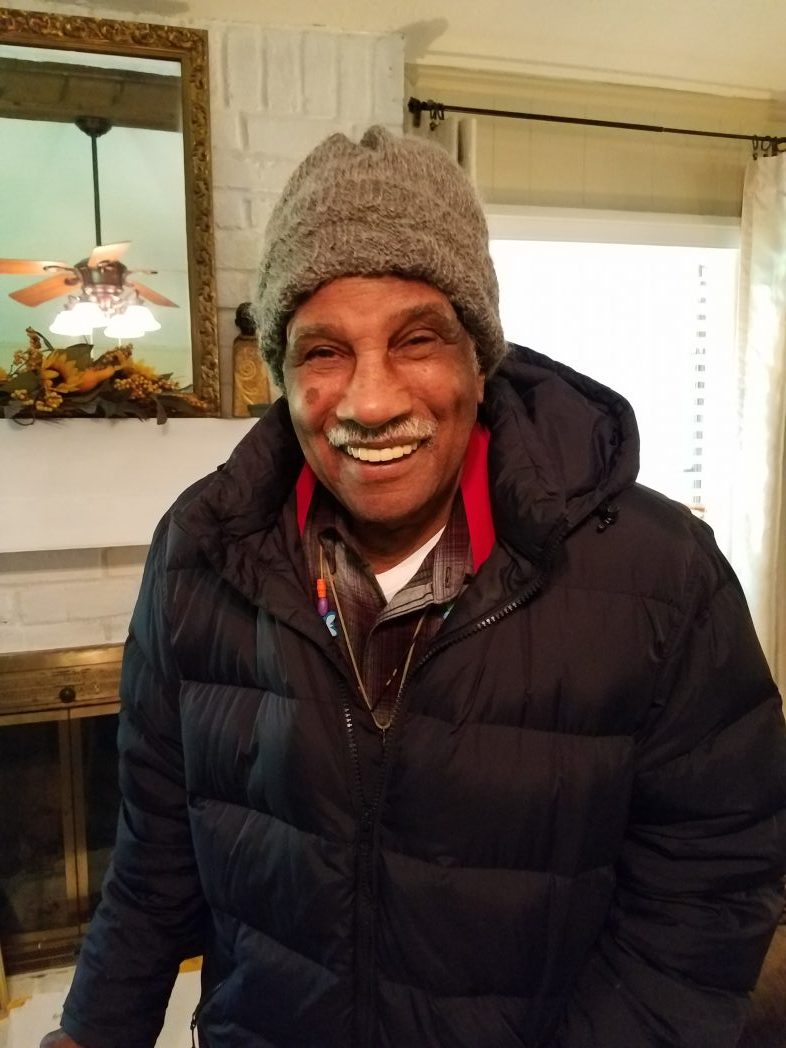 My encounters with Ashley, although much too infrequent, are always memorable.