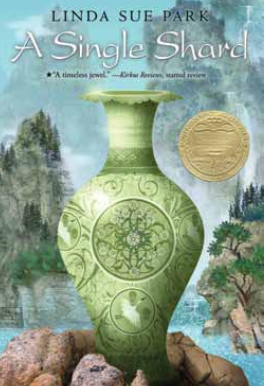 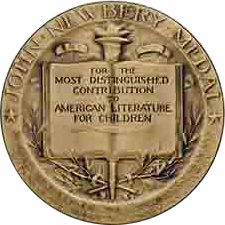 Winner of the
2002 Newbery Medal

A Single Shard: Fact or Fiction?

A Single Shard is a work of fiction, but it was inspired by historical facts and events.

Please note: Certain plot elements will be given away here, so if you haven’t read the book yet and would prefer the story to be a “surprise,” go read it and then come back to this page!

“Every piece described in the book actually exists in a museum or private collection somewhere in the world.” (Author’s note, A Single Shard) 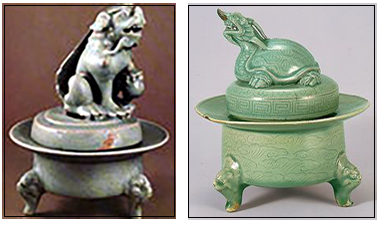 Lion (left) and tortoise. Incense was placed in the basins below the animals and burned as part of Buddhist religious ceremonies.

Both of these pieces show evidence of the oxidation so dreaded by Min and the other potters; you can see it most clearly in the brown mark on the lion’s pedestal.

“… in the center was a new set of nested boxes, inscribed with a splendid floral design.” (p. 67)
The box with its lid closed (far left), then opened to reveal the smaller boxes.

“The bowl was covered with molded petals that overlapped one another—and held a secret …” (p. 67)

“Water pot (at right) and bowl, with the pot’s stopper at center. I loved the look of the petals on the bowl, so I made them important to Tree-ear.”

“Min was making vases in the melon shape that had so pleased the emissary…” (p. 73)

“[He] was inscribing lotus blossoms and peonies between the ribbed lines of one of the melon vases.” (p. 77) 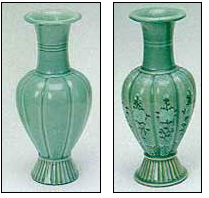 “Tree-ear was carrying two replicas of the inlaid vase at right on his journey to Songdo. Among the most popular Korean fruits is a yellow oval melon with lines like those of a pumpkin. It was this kind of melon that Min had in mind—not a watermelon.” 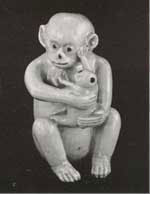 “… Tree-ear reached into his waist pouch and slowly withdrew a small object. He handed it to Crane-man. … A monkey … smaller than the palm of Tree-ear’s hand.” (p. 105)

The monkey Tree-ear made was similar to this water dropper, although without the baby. Tree-ear also omitted the water-holes: “It was simply a little figure, almost like a toy.” 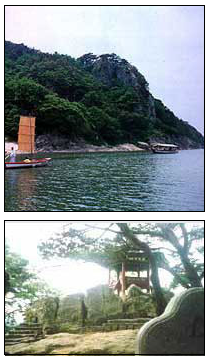 “The path to the Rock of the Falling Flowers was steep, and Tree-ear leaned forward, sometimes on all fours, as he climbed.” (p. 120)

The cliff as seen from the river (at left, above), and one of the pavilions in the park at the top of the bluff.

The Rock of the Falling Flowers itself is a ledge on the far side of the pavilion (at left, below, not visible in the photo). It is one of the country’s most-visited tourist sites because of its spectacular view and historical significance. 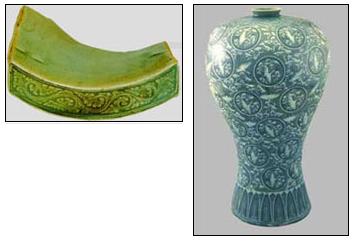 “… wonder of wonders, the palace had celadon roof tiles. Tree-ear stopped walking. He had heard of these roof tiles. years ago, before his time, potters in Ch’ulp’o had been engaged in the enormous task of making these very tiles … How he wished he could examine them more closely! Even from where he stood he could make out their intricate relief work.” (p. 135)
This tile would have been used at the edge of the roof. Again, notice the brown tint indicating oxidation damage.